‘Tis the season to be spooky! While offices are filled with the fallish scent of pumpkin spiced lattes and Christmas advent calendars are flooding the supermarkets, leaving us feeling “Already?! Wtf?”, it is the time to flex those creative muscles for Halloween. Since cosplays are followed by top-dollar sums, this season motivates you to not only get adventurous (from, ehm, all points of view), but to get your fanbase hyped for how spooky will meet sexy in your chatroom. A normal Halloween sends you trick-or-treating, but a camming Halloween can deliver a tip-or-tipping get-together.

The first instinct we all get when searching for a Halloween costume (especially when lacking imagination more than Nevada lacks greenery) is to Google the magic key words “Halloween costume”. The final results will give you nothing more than an annoyingly overabundant lineup of run-of-the-mill ideas like “slutty nurse” and “tramp witch”. Remember that most members are already fed up with the interpretations of Harley Quinn and have already explored the vast world of a hand-cuffing, sexy officer. Why would they click on your chat room if you showcase the spooky outfit idea that has been a leitmotif on the site for years?

Creativity and research are the key to a trick-or-treating bag full of tokens and a smile as wide as Jack-O-Lantern. Think about reviving an iconic fictional character that had a spine-chilling aura, but was mostly out of the spotlight. Remember Cruella from 101 Dalmatians? Her biker chic appeal with leather pieces and dramatic cape could easily blend into your femme fatale vibe. Reach for your cigarette holder and utter her emblematic line “Miserable, darling, as usual. Perfectly wretched” and tada! Cruella is here for the kill… and for the tokens too. The list of outfit ideas that will take the members by surprise can obviously continue – you just need to do your research and spot the creative you will fit into.

Your 15-minutes of fame

When you’ve found the character that feels like your spooky, alter ego, keep in mind that half of the costume’s bewitchment is the acting. What would be Little Mermaid’s Ursula without a mistress-like personality, sprinkled with a little bit of vanity on top? You can have all the slickest threads in the game but half of the cosplay is the act you put up. Study the character’s behaviour and mannerism. What are the phrases they use the most? Memorise them and drop them frequently during your online time. How do they sit and gesture? Try your best to mimic that. This type of homemade acting can really give life to your costume – and what’s more appealing than that?

Where my spooky decor at?

You also should give your bedroom a slight make-over. A spooky character would look utterly weird surrounded by glittery pillows and fluffy blankets, wouldn’t it? Changing the lightroom and adding some decorations could really enhance your costume game – even on a budget. Consider spreading some carved pumpkins, spiders and black candles and switching your standard white lights for a Red Light District vibe.

If you’re channeling a sexy forest nymph costume, bring your plant babies, or buy a few fake ones if your green thumb isn’t prime. The overall decor really depends on what your character is going to be. Just try not to stain your white rug with fake blood, and be careful with blood in general since it can violate a platform’s TOS. Oh, and don’t set your apartment on fire with loads of candles. 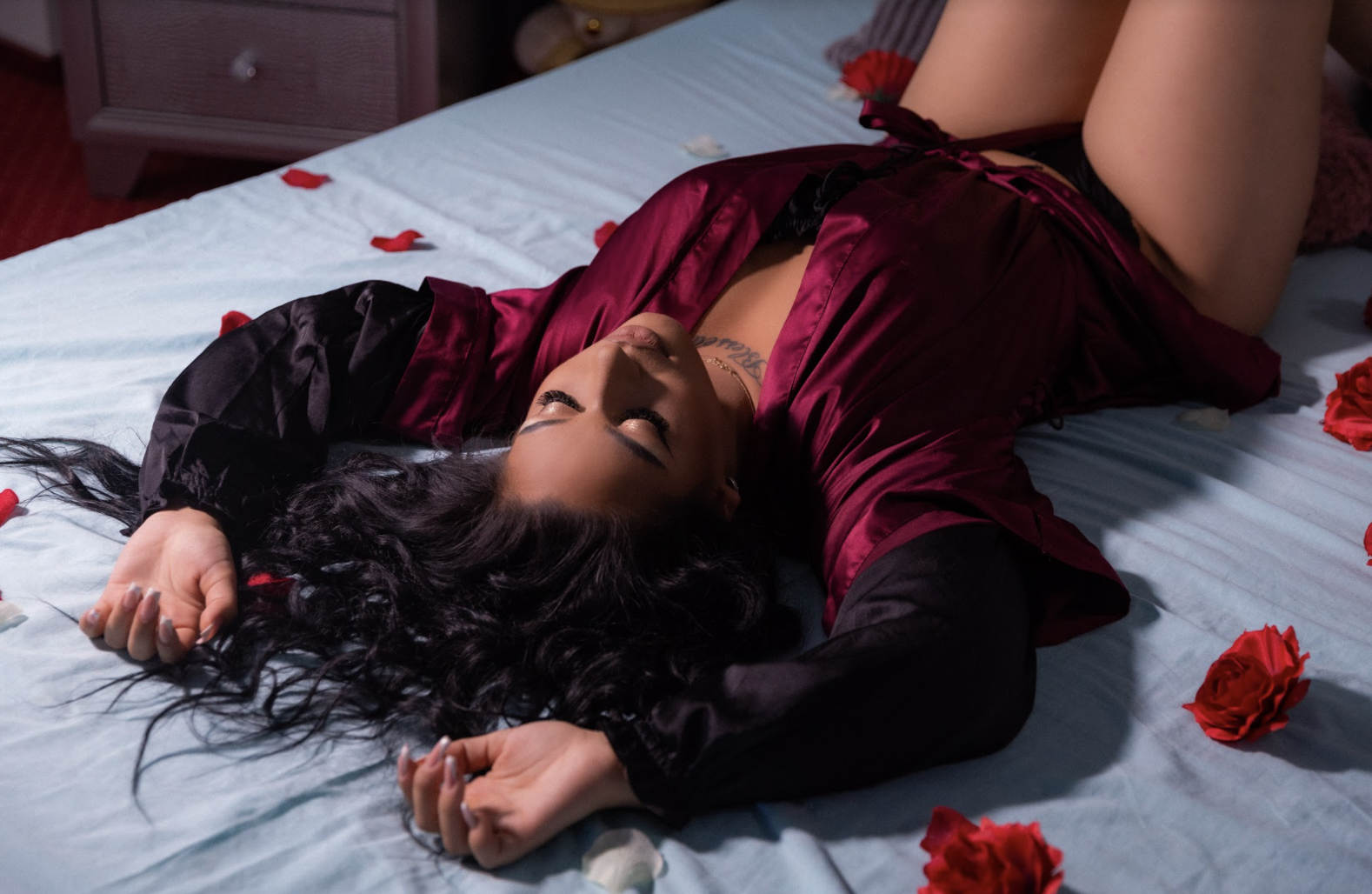 DeniseKeslor – A serious face with an evil mind 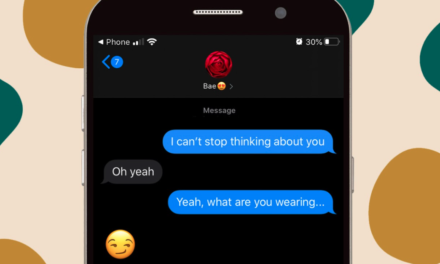 How to spice up your relationship 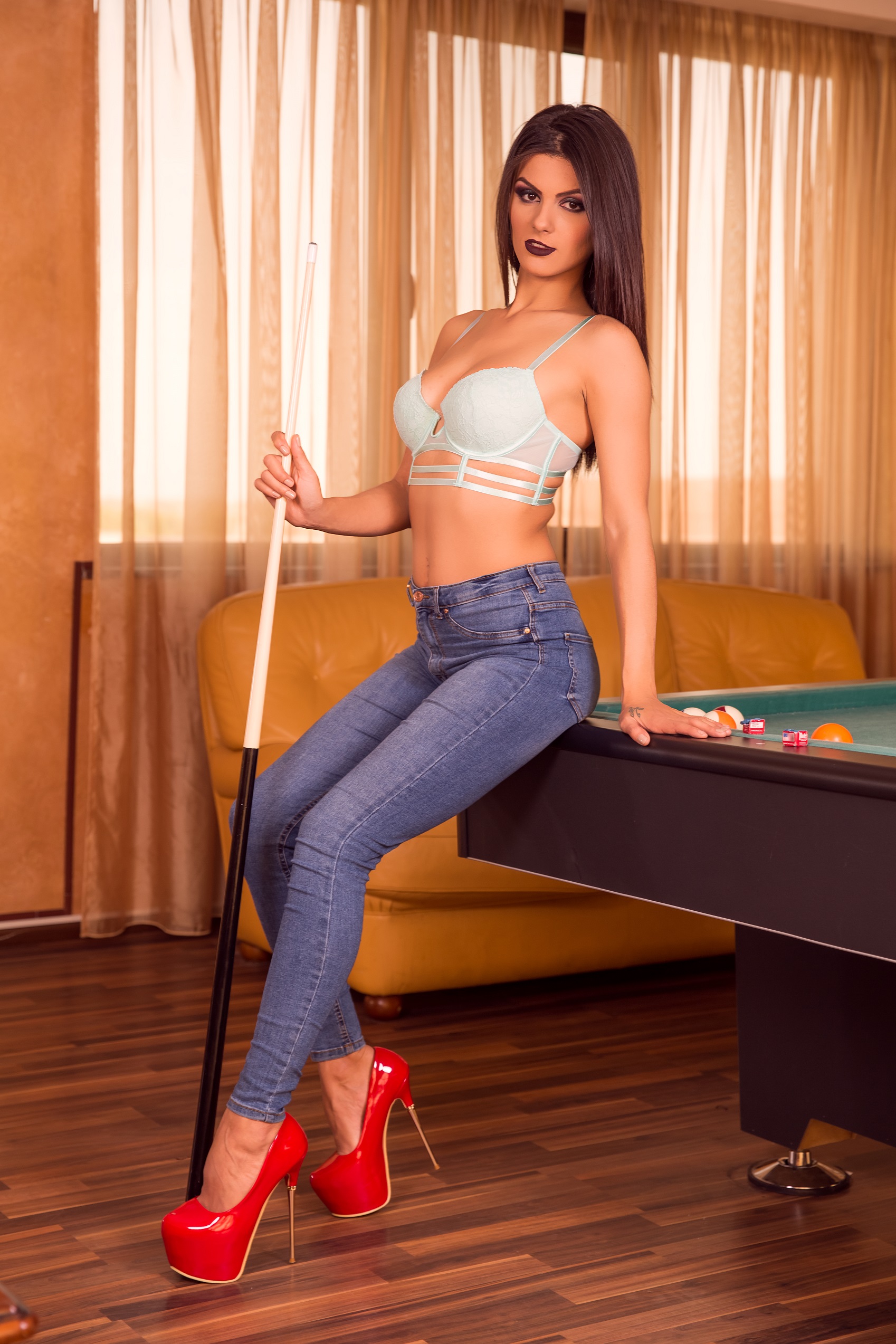 20 Ways To Look Good In Pictures by EveThompson